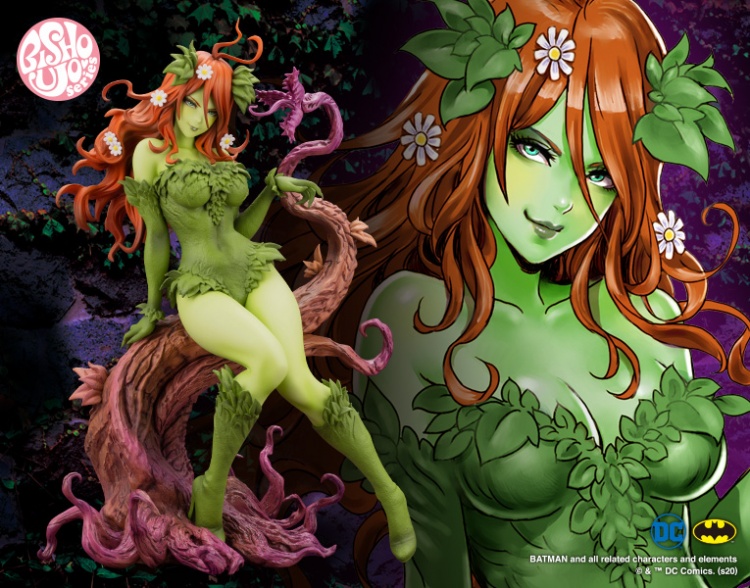 Today, I will introduce some of my favorite aspects about this US Diamond Comics Previews Exclusive product: DC COMICS POISON IVY RETURNS LIMITED EDITION BISHOUJO STATUE!

This product is also available in Japan as an AmiAmi and Kotobukiya Store Exclusive, for those of you who live in Japan!

Based on original illustration by artist Shunya Yamashita (@ShunyaYamashita), the POISON IVY RETURNS BISHOUJO STATUE is now back in an even more bewitching look than before!

The villainous nature of the character has been further enhanced in this all-new limited edition variant. 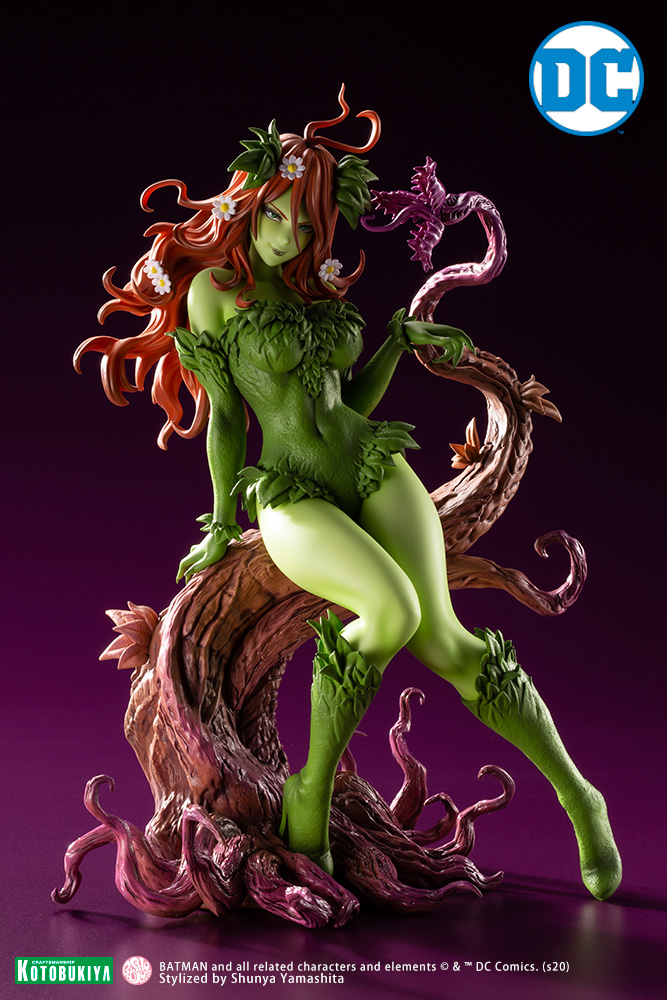 Yes, you have! This Poison Ivy statue is actually a new limited edition variant of this product which was released earlier this year! 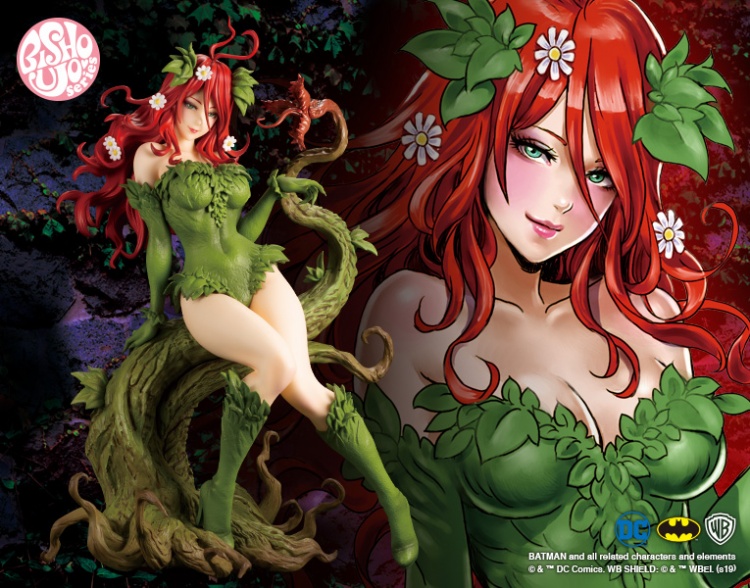 But this limited edition statue is not like other standard color variants!

↓ Check out the new facial expression! ↓ The vivid red hair which can be seen in the standard Poison Ivy Returns BISHOUJO Statue has been slightly toned down to a less saturated color, reminiscent of a plant as it starts to wither.

The color of her skin is also now fully green, which makes her look as though she herself is also a plant.

The soft expression shown in the standard Poison Ivy Returns BISHOUJO Statue has been changed into a more stern expression in this limited edition variant. The corners of the mouth are turned further up as if she is plotting an evil scheme, adding to her villainous appearance.

This statue clearly shows her hatred towards humans and love for her beloved plants.

↓ The coloring of the base has also been updated! ↓

The bontanical monster has also been changed to a purple color, giving it a more “poisonous” and dangerous look than before!

Not only has the coloring changed, but glossy paint has been added to give it a slimy look. 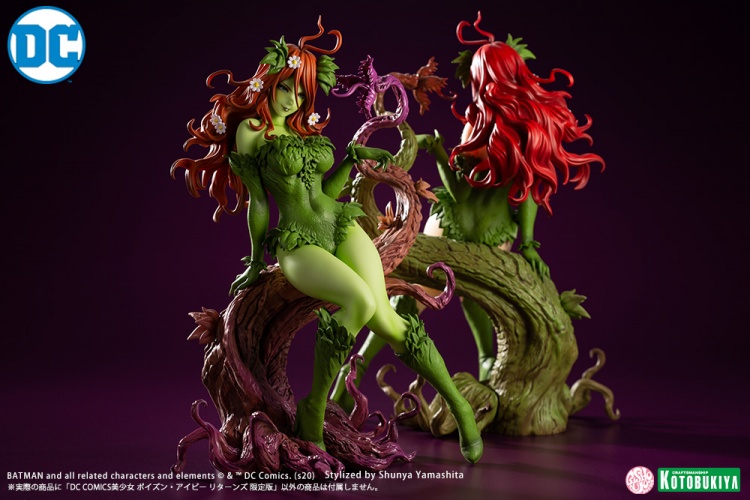 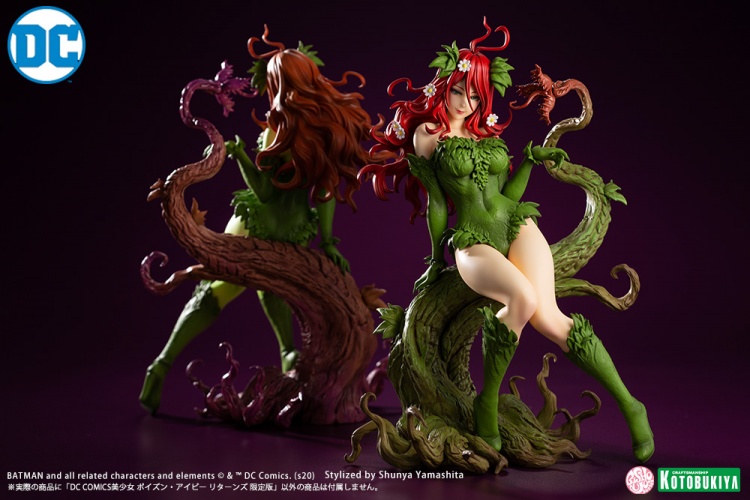 Even if you already own the standard version, I still highly recommend you pre-order this limited edition statue to display side by side! 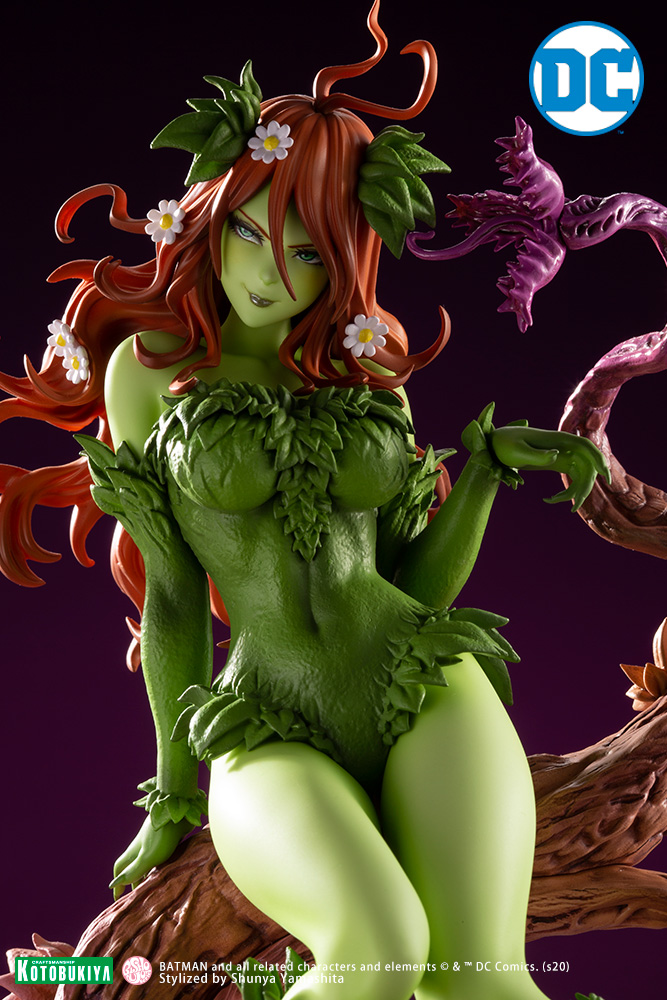 The contrast between the smooth skin and the rough texture of her suit is absolutely beautiful, isn’t it?

The pointy fingertips of her gloves are also a must-see detail! ♪

The sense of balance and skill of the sculptor, YOSHIKI FUJIMOTO (@YOKKI_munchkin_), is evident in this statue. 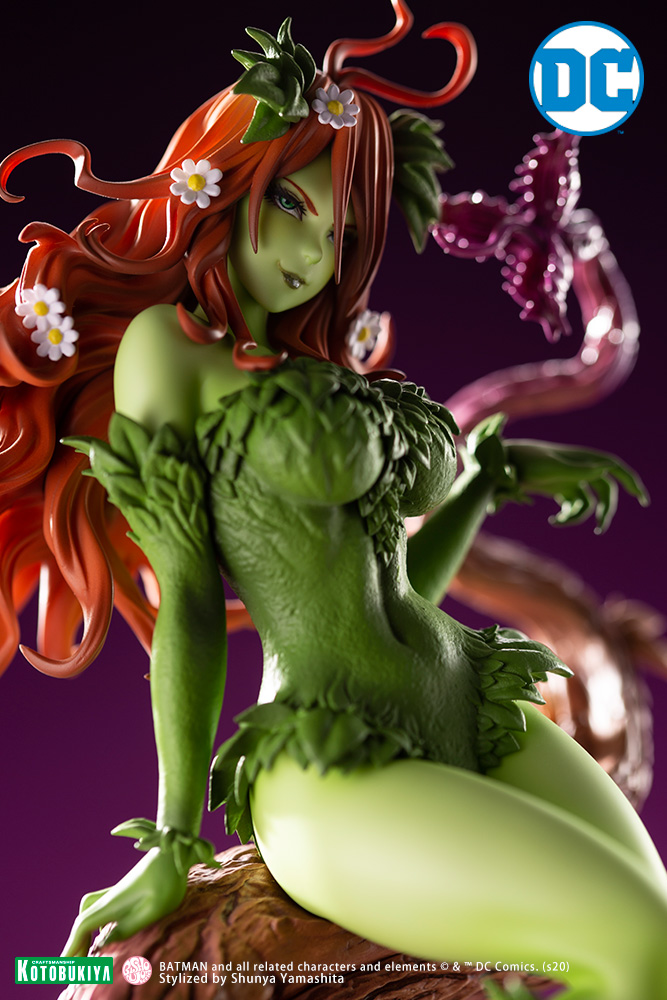 This statue is a Diamond Comics Previews Exclusive product in the US! Check out the Previews Catalog listing here!

Only 1,500 pieces will be available in the US, so make sure to preorder early with your favorite specialty retailer or comic store!

BATMAN and all related characters and elements © & ™ DC Comics. (s20)