It may be difficult to enjoy Halloween like we normally do with the global pandemic still rampant, but just seeing the plethora of orange and black colored merchandise throughout the city makes me so excited! But then you realize, “oh no… It’s already Halloween time!?” Yes, that means Christmas is right around the corner… Time flew by so quickly, can’t you just feel the chills running down your back reading my words? Spooky.

But before we fly into the holiday season, let’s talk about one particular product that just oozes of Halloween spirit. 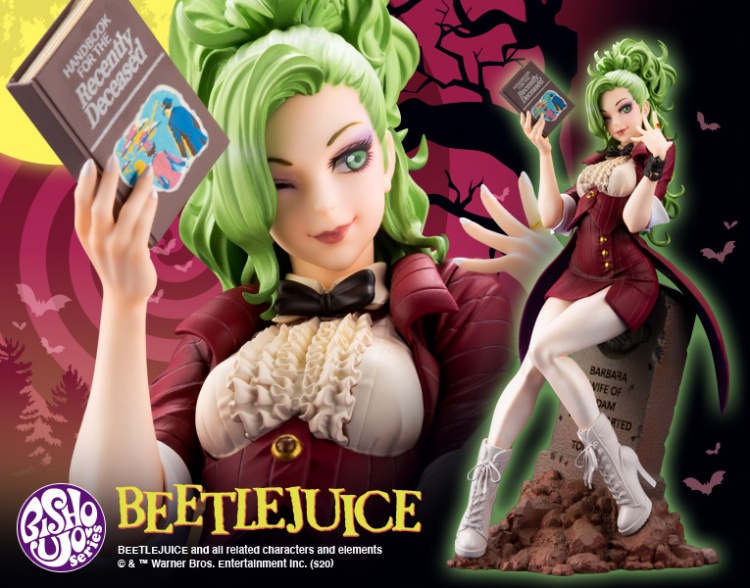 The red tuxedo design of the BISHOUJO STATUE rendition of Beetlejuice is based on the outfit shown below. ↓ 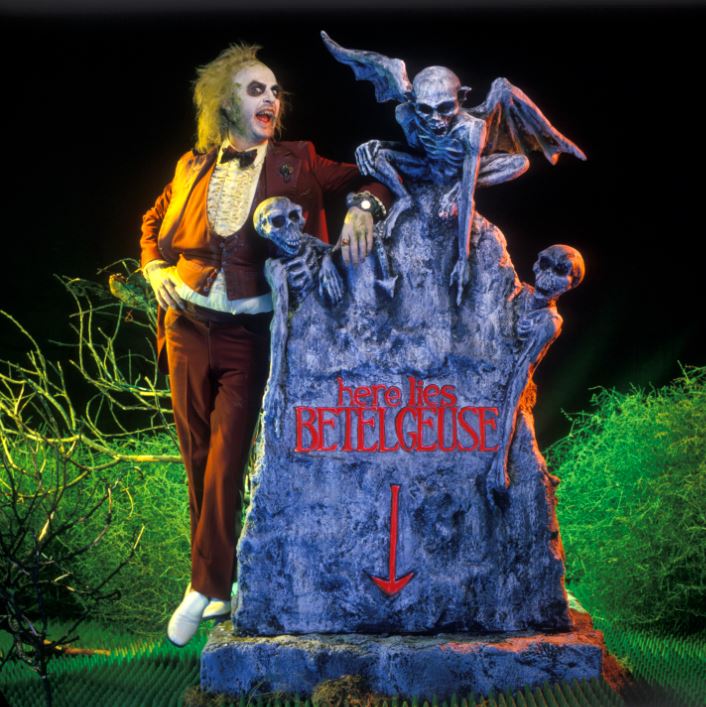 Many people associate the black and white striped jacket with Beetlejuice’s character, but the red tuxedo outfit often associated with the infamous wedding scene is the suit that he is seen wearing the longest period of time throughout the 1988 Beetlejuice film!

For those who are interested in why he changed his suit in the first place, watch the film to find out for yourself! ♪

This statue is exceptionally detailed: from the cream-colored shirt full of frills to the rouge-colored top and bottom suit set and pearly white boots! ♪

Look at how beautifully each detail has been sculpted! 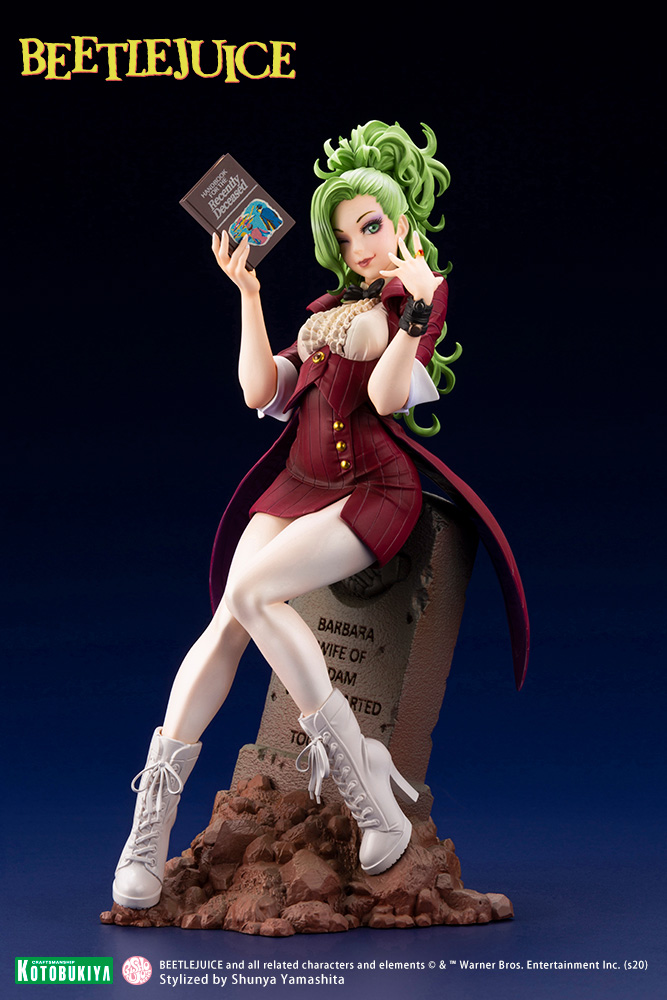 It looks so cute!

Check out how this version compares to our original Beetlejuice BISHOUJO STATUE! They both look so different…!

This isn’t just your average color variant! This limited edition rendition of Beetlejuice comes with a completely new facial expression and hand positioning!

The minute details when lined up side by side. ↑

The facial expression now looks much cuter than the previous more devious smile!

(Her left hand is positioned the way it is because I wanted to depict Beetlejuice after she successfully finished filing her nails.) With the “Handbook for the Recently Deceased” in hand and dressed in the snazzy red tuxedo suit, fans of the film will know right off the bat that this whole statue is in homage to the wedding scene! Beetlejuice is now preparing to drag you to be married to her! For those who have purchased the original Beetlejuice BISHOUJO STATUE, you will also have the ability to switch out the head part to customize the facial expression if you purchase this limited edition variant of Beetlejuice!

The reason the head part is removable is because we had planned the head switch throughout our production planning process! We hope you collect both versions so you can enjoy the various looks of Beetlejuice! ♪

*The head part may become damaged or experience paint damage if it is forcefully inserted or removed. Please be careful when handling the parts.

Here is a full-body shot of the limited edition Beetlejuice BISHOUJO STATUE.

The gold-colored buttons add a nice and vibrant touch to the overall dark tones of the outfit.

A wedding calls for bright and sparkly things, right!?

So we made sure to add a pearly layer of paint on the white tights to give it an additional amount of shiny! The package design of the original Beetlejuice BISHOUJO STATUE was extremely well received by many fans (thanks for your comments!), so we also decided to revamp the packaging for this limited edition variant! An all-new Shunya Yamashita illustration beautifully decorates this new packaging. ♪ Be sure to add this beautiful rendition to your collection! ☆

MASATO OHATA (@shiyumaimai）is the sculptor of this beautiful statue! MASATO OHATA also sculpted the all-new Dead by Daylight scale figure rendition of The Trapper as well! Pre-order for The Trapper is also open! Can you believe that the adorable Beetlejuice was sculpted by the same person who sculpted this scary statue!? We hope you will add both to your collection so you can see the difference in all of the details!

*The Trapper comes in a similar scale size to the BISHOUJO STATUES!