Phoenix Rebirth from the MARVEL BISHOUJO series is now available for pre-order in an all-new limited edition variant!

Keep reading to learn more about this special edition statue that is only available from select stores worldwide. This new variant of Phoenix is not just a color variant of MARVEL DARK PHOENIX REBIRTH BISHOUJO STATUE that was released earlier this month. This statue comes with completely new face and arm parts to make this statue stand out!

Here are just some of the unique differences between the Dark Phoenix Rebirth and all-new Phoenix BISHOUJO statues. ♪

About the BISHOUJO Series

Much like Dark Phoenix Rebirth, this is the second rendition of Phoenix in the BISHOUJO style! 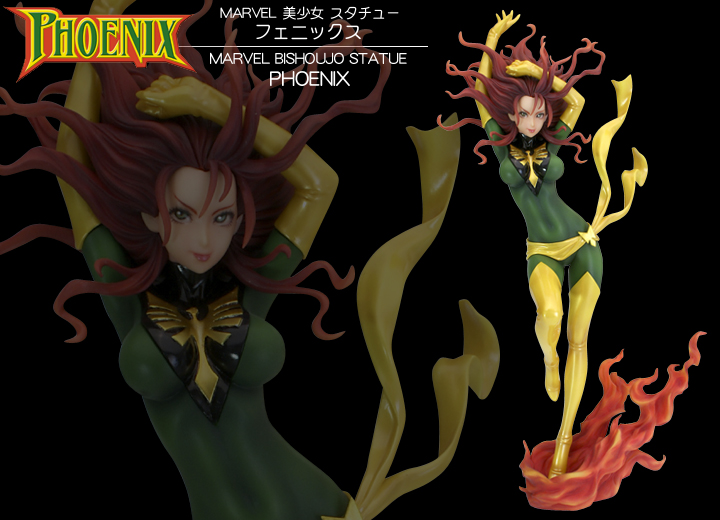 It has been 10 years now since the release of the original Phoenix BISHOUJO statue!

Be sure to get your hands on this new Phoenix statue variant to compare the improvements in sculpting and painting throughout these past ten years. Behold the beauty of these two statues side-by-side. Look closely at the shape of the hands. The facial expressions of each statue also contrast one another.

Despite both mouths being closed, you can clearly see the difference between the tightly closed mouth and the soft smile of the other.

And, of course, you can’t miss the difference in eye color with the “Phoenix Force” manifesting itself in one, and the standard Phoenix in the other.

Also, be sure to check out the difference in the coloration of the Phoenix Force!

While one is painted in a dark crimson color to showcase a fire that consumes everything, the other resembles a softer flame that envelops and warms everything.

You can really see the subtleties and differences in design when you line them up next to one another. 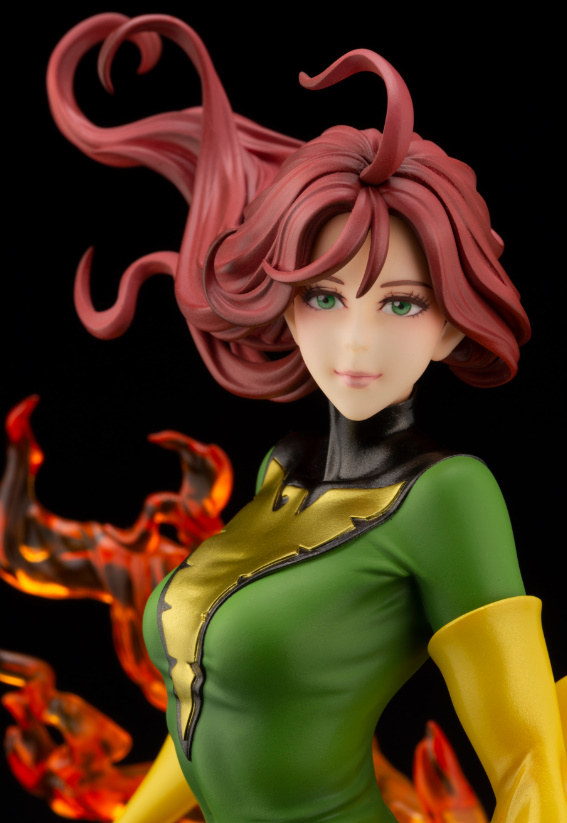 PRE-ORDERS ARE ONLY AVAILABLE FOR A SELECT TIME!

(Japanese: Pre-orders are open until Friday, 6/19!

**The PREVIEWSworld exclusive Phoenix Rebirth BISHOUJO Statue is now available for pre-order at your favorite comic book and collectibles retailers!**